Thank you for joining us!

Slides and recordings from the Annual Meeting sessions are now available!

Thanks for attending our 2019 Annual Meeting!

Did You See these 2019 Annual Meeting Sessions?

Michael Matthews begins the meeting with a welcome.

Decoding the Information Blocking Proposed Rule and Preparing for Compliance

This panel will share progress to date with the Information Blocking Work Group during its second phase of work. Leaders and staff from the Work Group, comprised of experts representing varied stakeholder perspectives, will share priority implementation-focused considerations applying the proposed rule, as well as a proposed compliance plan framework for the industry. Once the final rule is published, the Work Group will analyze the final rule, provide shared learnings, with an emphasis on urgent priorities for compliance readiness.

The National Coordinator will share ONC’s strategic priorities and will highlight ONC’s efforts to advance interoperability.

CEO of The Sequoia Project, Mariann Yeager, provides updates and news on current plans as RCE.

The RCE will provide background regarding key aspects of the draft MRTCs published in April 2019, which represent foundational terms for the Common Agreement. The RCE will summarize public comments and present key issues for stakeholder consideration. The objective is to enlist feedback from stakeholders through interactive dialogue and capture this input to inform further development of the Common Agreement.

What You Need to Know – One year from creation of the Interoperability Matters public-private cooperative, a thriving community is tackling key barriers to interoperable exchange of health information. With an initial focus on analyzing the implications of the Information Blocking proposed rule, we are contemplating the next key issue to tackle.This session will share how the Interoperability Matters process works, the role of the Leadership Council, Public Advisory Forum and Work Groups, and will enlist input from the group regarding a new proposed project.

This panel will discuss the latest developments for the Patient Unified Lookup System for Emergencies in supporting disaster response efforts. Learn from actual experiences in the field where PULSE has been used, as well as plans for future expansion.

Understanding TEFCA and the Role of the Recognized Coordinating Entity (RCE)

Steven Posnack will provide an overview of the Trusted Exchange Framework and Common Agreement, as well as expectations for the Recognized Coordinating Entity, sharing insights about how ONC and the RCE are working together.

The success of the new TEFCA will depend on the exchange of patient data between and among Qualified Health Information Networks (QHIN). In development now, the QHIN Technical Framework (QTF) describes the technical and functional requirements for data exchange between QHINs. This session will provide background regarding the QTF, give an overview of current progress and seek active input regarding key functions, such as QHIN Query and QHIN Message Delivery, from the community to help shape the final draft.

NOTE: Session canceled, please download slides below.
The RCE will provide background regarding the proposed scope and function of the ARTCs, which are intended to supplement the MRTCs to comprise the Common Agreement. This session shares progress to date, outlines a proposed framework for the Additional Required Terms and Conditions (ARTCs) and highlights the ARTCs being drafted by the RCE. The session will include facilitated dialogue to enlist participant input on key aspects of the ARTCs and help shape development. 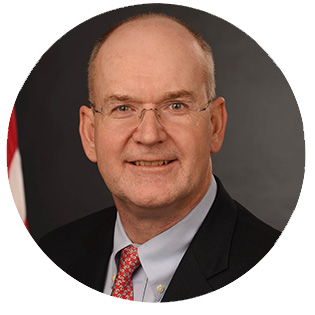 Dr. Don Rucker leads is the formulation of the federal health IT strategy and coordinates federal health IT policies, standards, programs, and investments. He has three decades of clinical and informatics experience.  He started his informatics career at Datamedic Corporation, where he co-developed the world’s first Microsoft Windows-based electronic medical record. He then spent over a decade serving as Chief Medical Officer at Siemens Healthcare USA.

Dr. Rucker has also practiced emergency medicine for a variety of organizations including at Kaiser in California; at Beth Israel Deaconess Medical Center; at the University of Pennsylvania’s Penn Presbyterian and Pennsylvania Hospitals; and, most recently, at Ohio State University’s Wexner Medical Center.

Dr. Rucker is a graduate of Harvard College and the University of Pennsylvania School of Medicine, with board certifications in Emergency Medicine, Internal Medicine and Clinical Informatics. He holds an MS in Medical Computer Science and an MBA, both from Stanford. Eric D. Hargan is the Deputy Secretary of the Department of Health and Human Services (HHS). HHS is dedicated to promoting and enhancing the health and well-being of the American people, and as the largest department in the federal government has an annual budget in excess of $1.3 trillion and over 80,000 employees across 26 divisions. As Deputy Secretary, he is the Chief Operating Officer and is responsible for overseeing the day-to-day operations and management of the department in addition to leading policy and strategy development.

Mr. Hargan was sworn into office as Deputy Secretary of the Department of Health and Human Services on October 6, 2017. He immediately served as Acting Secretary of HHS from October 2017 to January 2018.

From 2003 to 2007, Mr. Hargan served at HHS in a variety of capacities, including holding the position of Acting Deputy Secretary. During his tenure at HHS, Mr. Hargan also served as the Department’s Regulatory Policy Officer, where he oversaw the development and approval of all HHS, CMS, and FDA regulations and significant guidances.